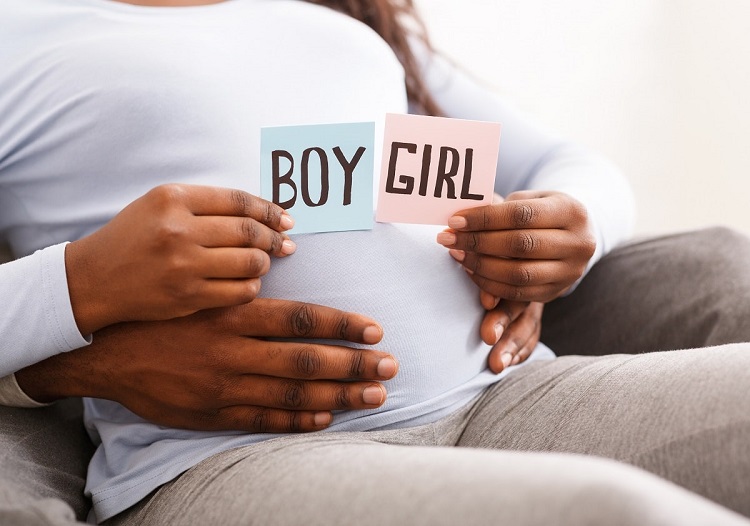 Finding out you’re pregnant is an exciting experience. As you may know, knowing the sex of a baby is one of the most popular topics almost every couple discusses before the baby arrives, and this topic comes with many old wives’ tales and other folklore.

Are you thinking of how to know the sex of a baby without scan? Great! This article is for you. Gone are the days when gender prediction meant taking the word of the wise old lady in your village.

Ultrasounds have increased greatly in quality and accuracy over the past 20 years.

Unlike other places around the world, such as Europe (where there tends to be a set number of scans for normal pregnancies), India and China (where gender detection is prohibited), or the UAE, where doctors are generally happy to scan you to your heart’s content.

If getting a surprise in the delivery room isn’t your thing, check out the following ways scientific, traditional, and downright odd to help you separate myths from facts. Read On…

How To Know The Sex Of A Baby Without Scan: 12 Ways To Tell

Myth: While boy babies tend to be slightly heavier than girl babies, this would only affect the size, rather than the shape, of your bump.

If your bump is protruding like the shape of a ball, chances are that it is a boy. If your bump’s weight is more spread out around your middle, likely it’s a girl.

Fact: According to childbirth educator Pranjul Tandon, the appearance of a woman’s pregnant stomach is entirely dependent on her body shape and the weight and position of the fetus.

The baby’s position cannot be used to identify the gender of the baby, nor does the abdominal strength of the mother’s stomach or how many children she’s had before, both of which can also affect whether she appears to be carrying her bump ‘high’ or ‘low’.

However, some scientists suggest that it’s the shape of the breasts rather than the stomach that one should look at to guess the gender of the baby.

According to a 2015 Polish study, a woman’s breast volume is likely to increase more during pregnancy when she is carrying a baby boy than a girl, which is believed to be due to a male infant’s increased lactation demands.

Fact: Scientifically, several studies have been done to compare fetal heart rates between genders during pregnancy, with no significant correlations or contrasts confirmed.

According to Pranjul Tandon, fetal heart rate only depends on the fetus’s health, age, and activity levels.

A 1999 study did find that female fetuses have a significantly higher heart rate during normal labor than male fetuses, but the reasons for this are still undisclosed.

Myth: When you’re craving salty/spicy/sour foods, it is a boy, whereas craving sweets and dairy products indicate a girl.

Fact: This is one of pregnancy’s most mysterious and misunderstood aspects.

See also  How To Hide Pregnancy in Scrubs

While many women will swear by their insatiable desire for pickles and ice cream, the jury is still out in the scientific community to know if pregnancy cravings exist or are psychological.

Much research has been carried out to know what causes cravings during pregnancy, although there’s no definitive evidence yet.

Some believe that it could be down to a difference in hormone levels, some may be due to the body’s nutritional deficiencies, and some have investigated the cultural impact of pregnancy.

Either way, there is no current evidence that supports that cravings are in any way an indication of the sex of the unborn baby.

Fact: There is some potential evidence for this myth. In Sweden, a study of over a million pregnancies between 1987 and 1995 showed a greater risk of the serious morning sickness condition known as hyperemesis gravidarum during the first trimester for every woman carrying a female child.

Interestingly, these reports have been supported by many other studies, including one in 2004 by the University of Washington, as well as Lancet research and a 2017 small-scale study by Ohio State University, among others. It’s still uncertain what causes morning sickness.

However, some scientists believe it may be connected with the hormone human chorionic gonadotropin, produced by the placenta after implantation.

In contrast, others conjecture that the increased likelihood of morning sickness in mothers of girls could be connected to higher levels of estrogen.

Meanwhile, in Ohio, a study found a greater pro-inflammatory response in the immune cells of women carrying a girl. This indicates that they might be more susceptible to illness than women carrying boys.

Myth: Women suffering from heartburn during pregnancy can indicate that the baby is a girl with lots of hair.

Fact: This is a common pregnancy complaint. Heartburn usually happens when the growing uterus pushes the stomach, causing stomach acids to travel to the esophagus.

Another cause can be a due change in the level of hormones, which interfere with the stomach and digestion system.

Scientists believe that the connection between heartburn and fetal hair was nothing but folklore; interestingly, in 2006, a John Hopkins study shocked the scientific community by proving a connection. How is that possible?

The researchers stated that there might be a shared biological mechanism involving a dual role of pregnancy hormones in the relaxation of the lower esophageal sphincter and the modulation of fetal hair growth.

However, although there may be a link between heartburn and hair, this is not a sign that you’re having a girl. Keep in mind a baby boy can be hairy as a baby girl too!

Fact: Linea Nigra is a Latin term that translates literally to “Dark lines” that often run from the pubic bone to below or above the navel of a pregnant woman’s belly.

About 75% of pregnant women will experience this type of skin hyperpigmentation. It’s believed to be caused by fluctuating hormones and is more prominent in mothers with darker skin.

While there’s no evidence suggesting that it has nothing to do with the gender of your baby, experts suggest that its evolutionary purpose was to help guide a newborn toward their food source. This nipple is the skin that usually also darkens in pregnant women.

Read Also: How To Get Rid Of Pregnancy Line On The Stomach (6 Natural Ways)

Fact: This old wives’ tale is so untrue that researchers haven’t even bothered to look at the link between sleeping position and baby’s gender (spoiler alert: there’s no link).

However, doctors recommend that expectant mothers sleep on their sides rather than their backs, which has been associated with a heightened risk of stillbirth.

According to Pranjul, sleeping on your left side is considered most favorable than on the right side as it increases blood circulation and the flow of nutrients to the baby.

Myth: Dangling the wedding ring with a string on a pregnant belly can identify the gender of the baby.

Fact: This is the most fun and ridiculous old wives’ tale about gender prediction, which has been around for centuries, quotes Pranjul Tandon. The only thing a wedding ring may predict is the wealth of the parents of the unborn baby.

Myth: There are many theories about how your baby can influence your appearance, many of which are directly contradictory.

Some people claim that if the expectant mom’s skin is radiant and soft, it’s a girl; if it is dull and dry, it is a boy.

However, other people say the opposite: a baby girl will steal her mother’s beauty, while a baby boy will boost it.

Fact: Pregnancy always brings about skin changes in women due to varying hormone levels, but these affect every other woman differently.

They may cause your oil glands to secrete more sebum, which could manifest in the renowned ‘pregnancy appearance or, if you’re less lucky, in recurrent acne and chin spots.

Of course, eating right and plenty of hydration plays a huge role in how a mother’s skin looks but sadly, the sex of the baby you’re carrying does not.

This test claims to use chemistry to help reveal the gender of your baby.

This experiment is about how your urine reacts with baking soda, and the claim is that whether there’s a fizz will reveal your baby’s sex. But you need to be sure you’re doing it right to get the most accurate result.

According to the myth, if the father piles on the pounds during the mother’s pregnancy, she carries a girl.

Interestingly, Danish researchers conducted a study of 100 fathers-to-be, showing that those who had little girls were heavier at their births than those who had boys.

Will it work? I’m not sure (but a good test for whether you need to hydrate). As we all know, pregnancy involves much peeing into a cup, so that this experiment couldn’t be easier.

Did you find this article helpful? Let us know. Also, If you have questions or have any other suggestions on how to know the sex of a baby without scan, kindly share them with us. Still need to know more? Learn How To Tell If Baby Has Hair On 3D Ultrasound