Twinning or multiple births may be the delight of some women while the thought of it may be scary to some women.

We all have different desires and sometimes, one man’s food might be another man’s poison. If you desire to have twins I am sure you might have been wondering how to know if you will have twins in the future.

Research has proven that in naturally occurring pregnancies devoid of fertility treatment twinning can occur in about one in 250 pregnancies.

Growing up, I know you must have heard a lot of wives’ tales about how to tell that you are going to birth twins. In this article, we will be looking at the scientific factors that predispose a woman to a higher possibility of birthing twins.

How Common Are Twins?

According to the Centers for Disease Control birth data, there were a total of 120,291 infants born in twin deliveries in the US in 2019. That’s about 32.1 twins per 1,000 live deliveries, or put another way, about 3.21% of live deliveries.

That same year there was a record of 3,136 triplet deliveries and just 150 quadruplet and higher-order deliveries. These statistics include naturally occurring multiples, along with those conceived with fertility treatment.

In the 1990s the rate of multiple births was at its peak but has since declined over the past decade. The percentage of triplet deliveries and higher-order pregnancies has dropped significantly by 36% since 2004.

How To Know If You Will Have Twins In The Future: Factors To Look Out For 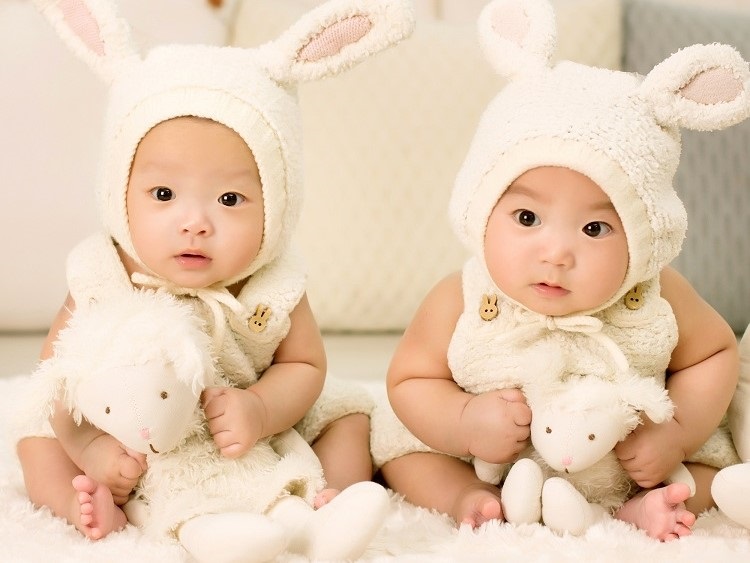 In life, principles govern almost everything we do in the universe and in the area of twinning, principles are not left out.

Certain predisposing factors put you in the spotlight of having a greater chance of twin birthing.

So all things being equal, if you have found yourself in any of these factors or conditions that will be treated subsequently, then it is a pointer that you may be birthing twins because they are scientifically proven ways that you can use to know if you will have a twin in the future.

I am sure you’ve heard the saying “twins run in families” well, the assertion isn’t false because research has proven that there is a gene that aids the release of more than one egg during ovulation.

Thereby increasing a woman’s chance of fraternal (non-identical) twinning and these genes can be passed from one generation to another, thus birthing non-identical twins can be hereditary.

For identical twinning, no scientific evidence has proven that there is a genetic factor responsible for it, so it may not be hereditary.

In the case of fraternal twinning, a family history of twinning from the mother’s side increases the odds of twin birthing in the family than that of the father.

Is it possible for twins to skip a generation? This is a myth, however, it may seem this way because men may inherit the twinning gene from their mothers, but because they don’t through the usual menstrual cycles women do, they are not affected, but can still pass the twinning gene on to their daughters.

Their daughters who inherit the twinning gene will have a better chance of fraternal twins.

Twinning occurs at 33 per 1,000 live births for all the races in the United States but the chances of black and non-Hispanic white women are higher than that of Hispanic women.

It was the same study that proved that twinning (fraternal twinning) is of genetic origin and can be hereditary.

Results from that study propagated that West Africans are 10 times more likely to have fraternal twins than Chinese or Japanese mothers, with Caucasian women somewhere in the middle of the two.

The chances of you having a twin increases with maternal age and research have shown that women between 35 and 40 years of age are 3 times more prone to have twins than a woman under 20.

The reason for the higher odds for older women is because their ovaries release more eggs during ovulation than the ovaries of a younger woman, thereby increasing their odds of fraternal twins.

Although age increases the chances of pregnancy and twins there are risks associated with having children at this age.

Research has shown that birthing of non-identical twins is found mostly in larger and taller women than in smaller women.

A study published by the American College of Obstetrics and Gynecology has shown a linkage between the births of twins to women of above-average height.

It doesn’t mean that they must surely have twins but research has shown it occurs more in taller women.

Twinning is more pronounced according to research in mothers with good dieting patterns. Research conducted during World War II showed that the incidence of non-identical twins reduced drastically in Europe which was a result of malnutrition.

Some studies have revealed that women whose diet is more of a diary tend to have a higher chance of having a twin and this may be as a result of actions of a synthetic hormone in milk products.

Read Also: What To Eat To Get Pregnant With Twins

Research has shown that women undergoing fertility treatment have an increased chance of having a twin both identical and fraternal.

Among women who conceived with clomiphene citrate (Clomid), about 5 – 12 percent conceived twins; less than 1% have triplets or more.

Injectable fertility meds, such as gonadotropins, have increased the chance of having twins and multiple worldwide. About 30% of pregnancies that result from gonadotropins are multiples.

While most of these pregnancies delivered twins, about 5% are triplets’ delivery or greater due to an increase in the release of more eggs.

Twin pregnancy isn’t significantly safe in pregnancies resulting from medical assistance and as a result twin rate has been controlled by medics through the limitation of the number of embryos transferred from in vitro fertilization (IVF).

8. You Already Have Twins

The same study that states the theory that the chances of having twins are higher in above-average height women also revealed that the incidence was higher in heavier women.

The research stated that mothers with a BMI (Body Mass Index) of 30 or higher were significantly more likely to have fraternal twins.

Heavier weight in women isn’t a sure guarantee of twinning, but the study makes an interesting correlation between the increased rate of obesity to the increase in twins worldwide.

Research has shown that is a higher chance for a breastfeeding mother to conceive and some research supports the assertion by stating that having twins and multiple births is higher when a woman conceives while still breastfeeding.

One study has claimed that women who get pregnant while lactating were 9 times more prone to twin conception than women who are not breastfeeding.

Conceiving twin’s especially fraternal or non-identical twins is based on hyper-ovulation which is the release of multiple eggs during ovulation.

The release of multiple eggs increases the chances of pregnancies and then may increase your chances of having a twin.

Twin conception is genetic and couples with a family history of twins or who have had their first set of twins are more likely to conceive twins in the future.

Whereas, couples on fertility treatment and who used pregnancy-assisted technology are likely to conceive twins or have multiple births.